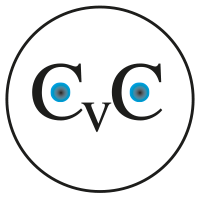 Caspar-Florens von Consbruch was born in 1959 and grew initially up on the parental agricultural and forestry estate on the fringes of the Wendland and then in Hiddenhausen. Following the schooldays on the Friedrichs grammars school in Herford and university-entrance diploma in 1979 military service and subsequent an apprenticeship in agricultural or forestry business in Lower Saxony, Schleswig-Holstein, and Bavaria followed. After 8 semester studies and exams of law in Göttingen, a two years trainee time started in several courts, authorities, and law offices followed in Göttingen, Celle, and Lüneburg.

1988 he took over the parental agricultural and forestry business.

His law office exists since 1990 in Hiddenhausen. Since the beginning his clients are small and middle firms as well as churchly administration, especially people with problems out of the manifold law areas of the daily routine. Since 2012, he has been granted the title special solicitor for agricultural law.